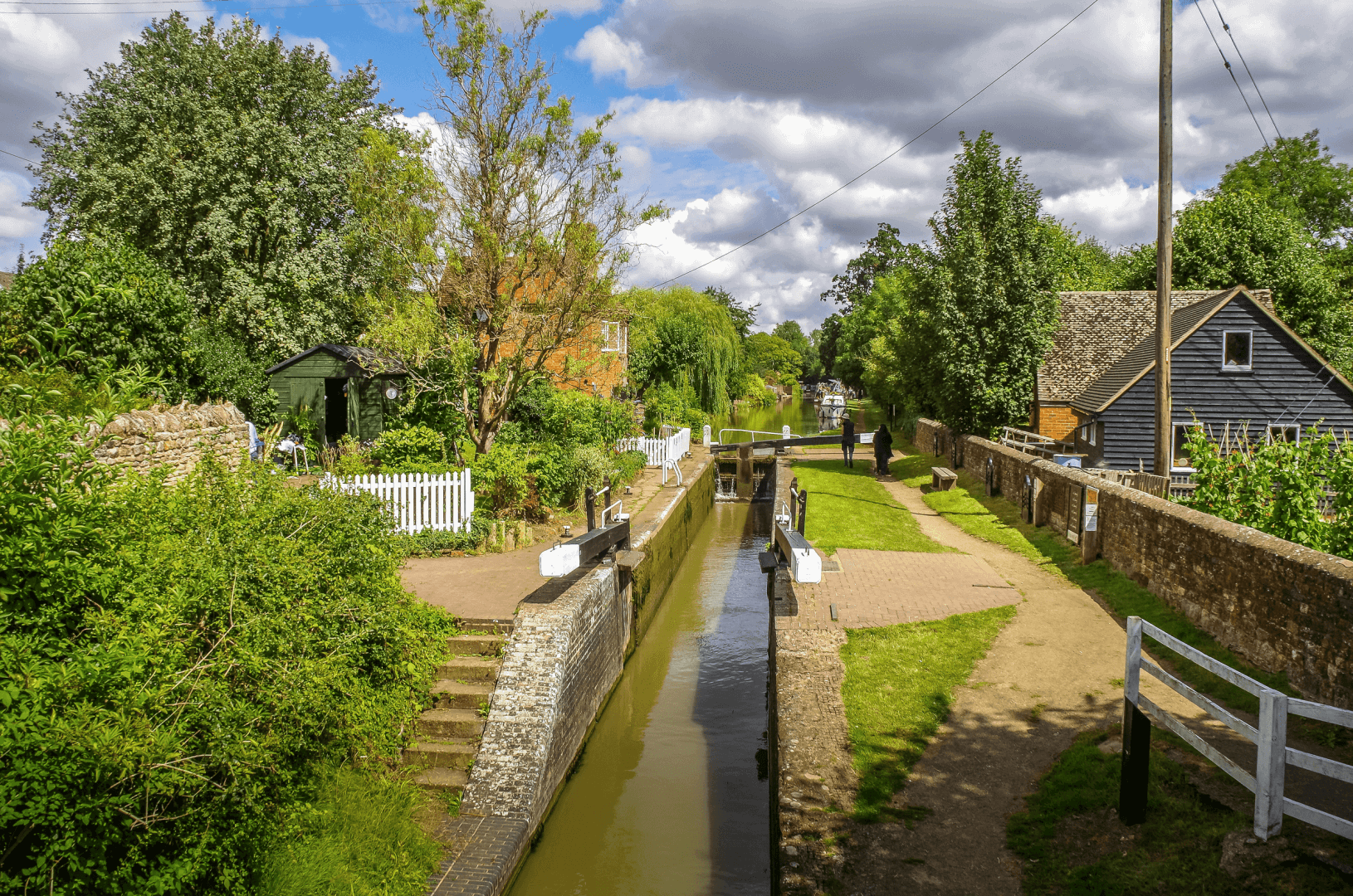 The Oxford Canal and River Cherwell run on the southeast border of the village of Cropredy.

The impressive church of St. Mary the Virgin dates back to the 13th century, with some pretty cottages and 15th century thatched pub, The Red Lion, running alongside it. Cropredy is also well known for the yearly folk music festival, Fairport’s Cropredy Convention, which has been running for over 40 years.

The village also boasts shops, a GP practice and a Church of England primary school.

Go back to the area guide